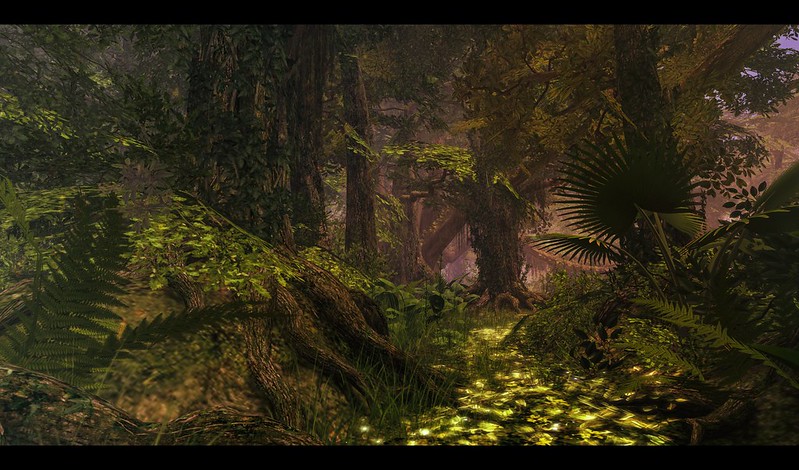 Come close and you’ll see
If you harken to me
What starts in the trees
And is bestowed upon thee . . .”

Her name was Sa’Gabliyne and she was a curious Fae – as were all of her kind, but she was the curiousest of all. She was never content to only play in the leaves and flit about in the sun with the other Fae and magical creatures of the forest. Oftentimes Sa’Gabliyne could be found a the very edges of the veil that kept their world hidden from that of Mankind.

She would sit there and watch the humans playing and moving in and out of large square structures. They even brought food and other items into them and would come out empty handed. Perhaps it was a magical device? What else could it be, for those structures also seemed to multiple the humans, and even changed their appearance. If only she could try it for herself she could figure out its magic.

Someone in her colony had to know what they were, but when Sa’Gabliyne asked, she was always told to pay it no mind. The workings of Man were of no concern to that of the Fae. She asked many things, even wondering why they did not venture out into their world, but all was ignored. Through the setbacks she was not giving up. There was something in the land beyond the veil that they both shared and if anyone were to have the answer, they would.

Sa’Gabliyne would speak to the trees.

“Why do you want to go out there?” Sa’Gabliyne had sought out the counsel of the Elder Tree Spirit. It was said that he was there before the old fae put up the veil the separated the two world.

He moved slow and his words sounded like the woods after a sprinkle of morning rain. Sa’Gabliyne followed him as he lead her down a sunlit path. “The world out there does not too often take kindly to creatures such as us,” he began to explain to the fae. “Once, mankind lived in harmony with nature.”

The fae was confused and said, “But Elder, I have seen trees beyond the veil, as well as plants, flowers, surely they must live in harmony with us still?”

The Elder Tree Spirit looked upon the young one with a fondness for her youth, but with a sadness for it as well. She did not understand but how, he thought, could she? All the fae that had been here before the veil were now gone, and a life inside was all that she knew.

“The roots of trees grow deep and travel many places,” said the Elder Tree Spirit. “I have seen mankind in all its forms and throughout many ages. Maybe it is best that you see this for yourself.”

Sa’Gabliyne could hardly believe what she had heard and she clasped her hands in front of her, wings fluttering and lifting her a few feet into the air. “Do you mean…?”

To her inquiry he gave a solemn nod. The Elder Tree Spirit reached into his side and pulled out a green and yellow orb, wrapped in a tangle of branches and leaves. “You shall not go out into the world alone. Take this – with it you will have the protection of the Forest, and you will always be able to find your way back.”

As Sa’Gabliyne took the orb she felt the comfort that came with it, and the warmth of its glow. “Thank you,” she said as she bowed her head, tucking the gift away before she headed out.

“Be wary, little fae,” the Elder Tree Spirit called out to her. “Guise yourself and blend in. For Mankind has long since seen a fae.”

With the caution taken to heart, Sa’Gabliyne headed to the veil to start her journey into the world beyond. 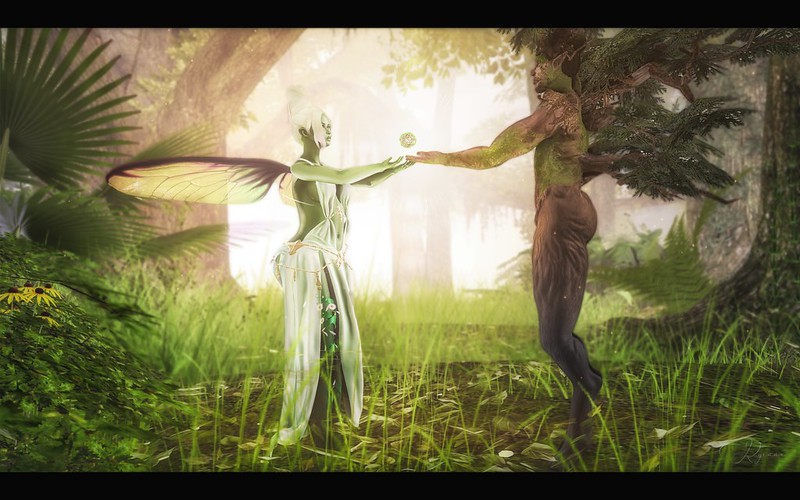 Shot on location at

The Seventh Valley ~ Sponsored by The Realm of Rosehaven

Featuring attire found at the Faire!