It was a lovely day in the Fairelands when three bold explorers set out to… explore… yes, that was the word. They had met while doing the Bard Queen’s Quest and found they had much in common, so decided to take a little trip around the less traveled areas of the Fairelands just to enjoy the beauty.

Things had gone well in the morning. The sun was shining, the birds were singing and all was as it should be when suddenly they heard plaintive weeping coming from the wheat field next to the road. They stopped to investigate, following the distressing sounds into the middle of the wheat. When they were 400 meters from their coach, they heard excited giggling and turned to see a pack of pixies clinging to the mane and tail of their horse as it cantered away across another field.

The pixies had lured them away with the false tears and stolen their horse! Though the intrepid explorers ran after them, the pixies and the horse disappeared beyond the horizon.  Adair, the tall fellow in the Quagmire Mask, pulled out his scrying mirror and called AAA, “We need a tow dragon sent to the wheat field behind Heliodor. Pixies made off with our coach horse and we’re stuck here till we have some help moving our pumpkin.”

Prerecorded buzzing from the scrying mirror assured them that their call was important and that help would arrive at the earliest possible opportunity, so they sat down to wait…

The sun was just beginning to set when the tow dragon finally appeared. He picked up the coach in one claw and the explorers in the other and deposited them back at the Bard Queen’s Garden, only a little the worse for wear. They had discussed many things during the hours they waited and were good friends by the end of the adventure.

That is the magic of the Fairelands. Three total strangers can meet, work together toward a goal, succeed in finishing a Quest and become friends in less time than it takes to tell the tale.

Our intrepid explorers are modeling PRIZE items from the Bard Queen’s Quest. You will find the full Prize Catalog HERE

The Fractured Fantasy Coach is a Quest prize from Mishmash Fusion

One thought on “Just a little side trip…” 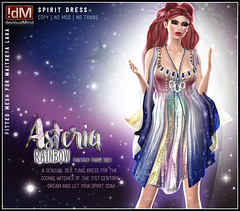 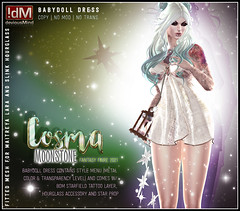