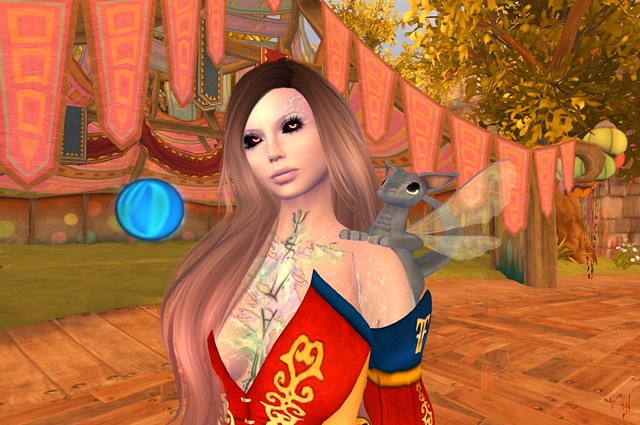 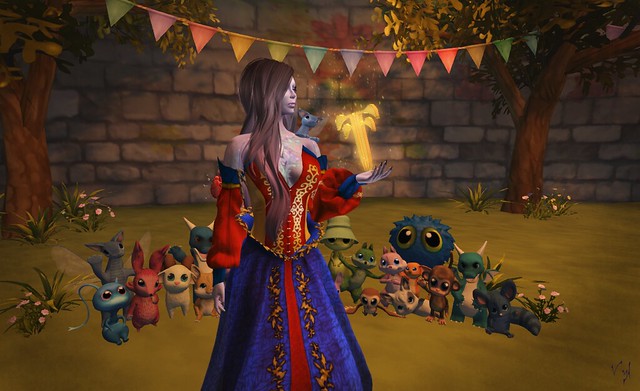 You were never one to shy away from a challenge, and this? Moving against a force as despicable as the unweaver… With your friend ever close by, cheering you on, you would answer this call. “Head north!” The first clues told. Strange creatures left behind, cheering and dancing, toasting the escapade with something they called ‘Wootberry Juice’, you had to wonder who you would meet along the way, and how this adventure would change the way you see the world, and yourself. 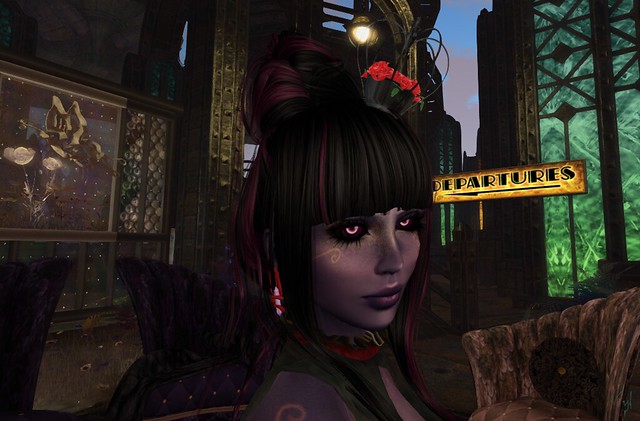 The voice in the North resided in Erstwhile, a place caught between others. Few came here with the intention of staying long, it was a nexus, not a terminal.
“You’re fortunate to find me here…” murmured the voice in the North, her eyes flickering across the information board, announcing the arrivals and departures.
“The light here grows short, soon the ornithopters will take flight, and I must be gone. Your journey here has been smooth sailing thusfar, long may that last, for all our sakes. Come, they are ready for us to board. We journey on, we journey East.” 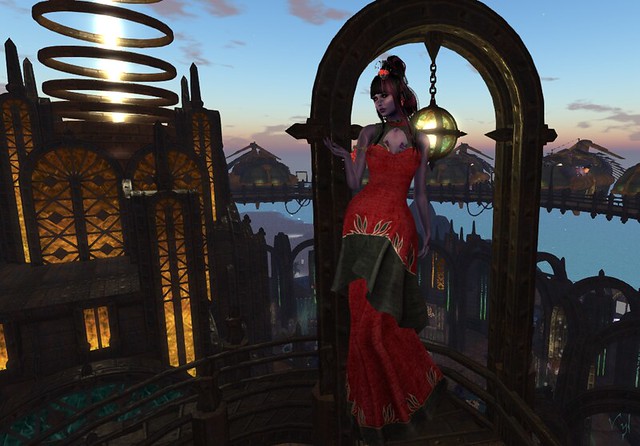 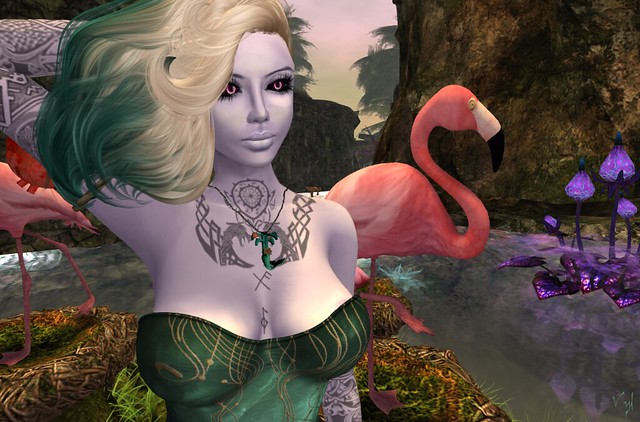 The ornithopter landed through clouds of water vapor thrown skyward by the innumerable waterfalls in Falls of Hope. Traversing the woven pathways of rock was a daunting challenge, each footfall potentially leading to a slip, a fall, and nothing more. The voice of the North looked back longingly at the departing craft, then nodded onwards. “Wait…” you called… “There’s someone down there, and an easier way to get there.”
“Oh… that looks much safer!”
Two far from short zipwire rides later and there she was, the voice of the East, surrounded by Flamingos.
“Well met my friend from the North”, the voice of the East was zephyr light as she spoke. “And well met stranger, welcome to my lands. What is it you seek here?”
That was indeed the question, the clues initially had been clear, and the North had taken control from there. Thinking back to the words of the Wootdrunk, you had it, the true cause.
“We’re here to work against the Unweaver.”
Turning to gaze out across the open water, the voice of the East raised a hand to shield her eyes, spying out the way. “Then let us move on… we must head South, there is information we will need.” 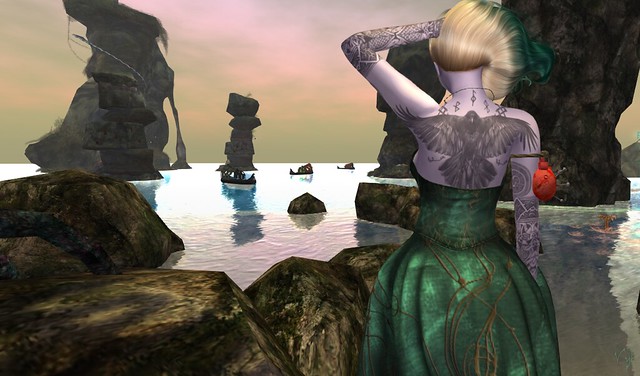 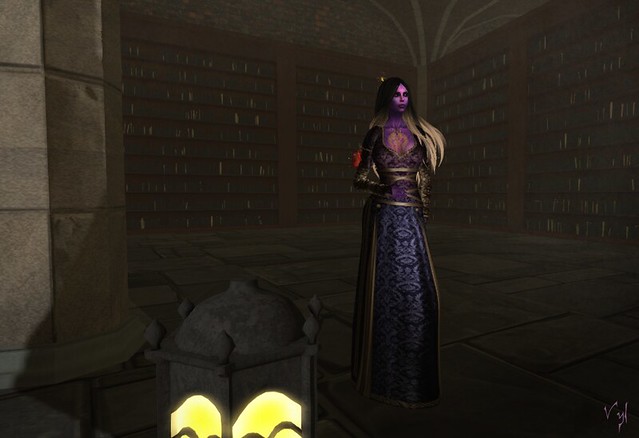 In the dark depths of the south lay the library. Here, amid the whispers, the gathering band found the voice of the South. Coming out of the shadows between great walls of books, she greeted everyone with a silent nod, gesturing toward the broken brick where sunlight and mists filtered in. There they could talk. “You can have come for only one reason as the two of you are here.” The voice of the South mused, “Welcome to you both, and your companion.”
“So pleased to meet you..” you manage to say, somewhat exhausted by the long journey. “There is knowledge here we need… to further our quest against the unweaver. Can you help direct us?”
“I can do more than that.” Pulling volumes from the shelves and rearranging them in what was apparently the correct order, the voice of the South confirmed. “Now that things are in order here, I can accompany you, the knowledge you need is within me. Do not fear, I shall share it with you as we walk to the West.” 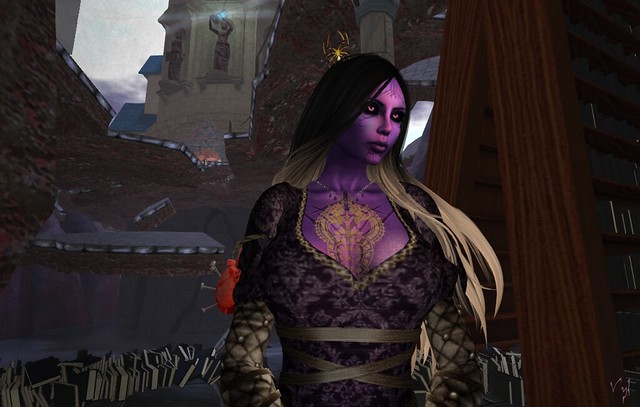 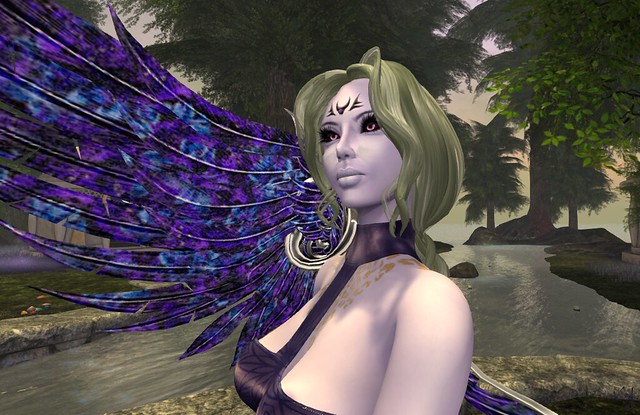 By a quiet inlet of the western seas, the voice of the West drifted serenely on wings the colour of twilight. “It is time?” were the words of greeting as you approached, flanked on all sides by new companions, combined knowledge and conviction driving you on.
“It is time. The unweaver will not win. We will challenge it at every turn, with your help.”
One powerful beat of those wings and she rose. “Agreed. The words have been spoken from all corners of the earth, the air, the water, the fire and we have the knowledge we need. Let us proceed.” 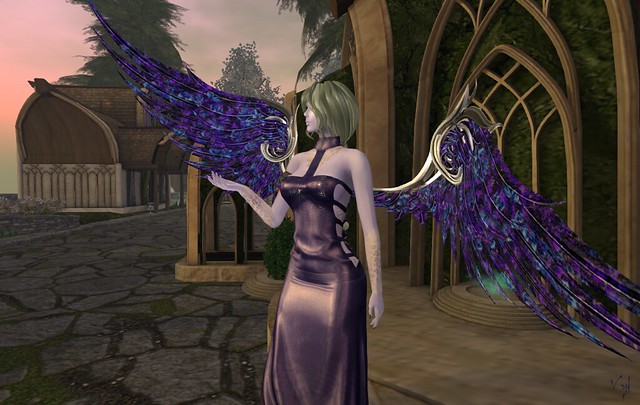 The trials that followed tested every ounce of skill and strength. One by one, your companions knowledge opened the way, and they were left behind, swearing to meet you again. Then, there it was, the final test. Through all the long journey, you had learned as you walked. Learned as you talked and shared with new friends. Evolved and changed, you were not as you were when you began. Now, the unweaver beaten back, a wealth of rewards was at hand. 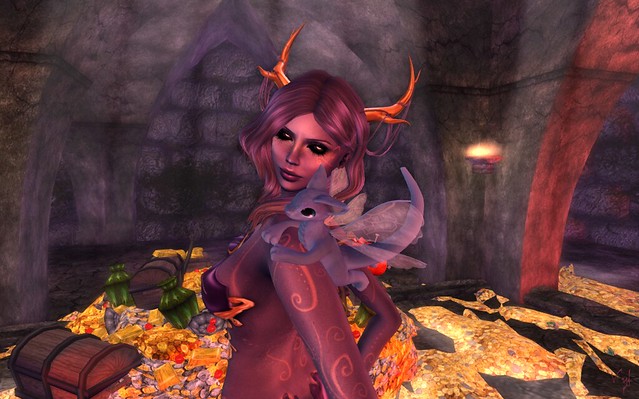 Goodness me! Are you still with me? Welcome to the feeling at the end of the quest – except I’m not showering the prizes on you, you have to make your way to the TP point of any of the Fantasy Faire sims and complete the quest – you have until at least the end of the 7th before these beautiful worlds fade back into the mists! I’m writing this from the Masked Ball celebrating the Faire, and we have just reaching a total (so far) of $45,000. That’s not Linden Dollars. That’s USD for the Hope Lodge in Nairobi! I hope Elayne Diavolo will not object to me borrowing and sharing her sentiments.