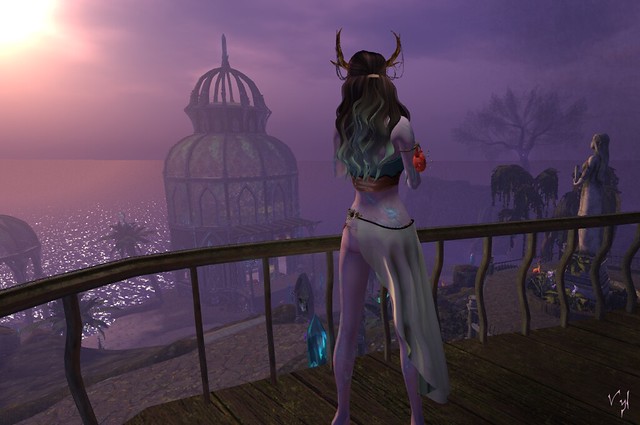 The Halls of Story were a dream, a dream within a dream, or simply such stuff as dreams are made on. This was a land conjured up firstly by words. In the years that followed, by paint daubed on walls and gradually, over time, by ink until eventually its existence was woven anew by tiny squares of light grouped and shaped into characters which breathed life into the Halls. 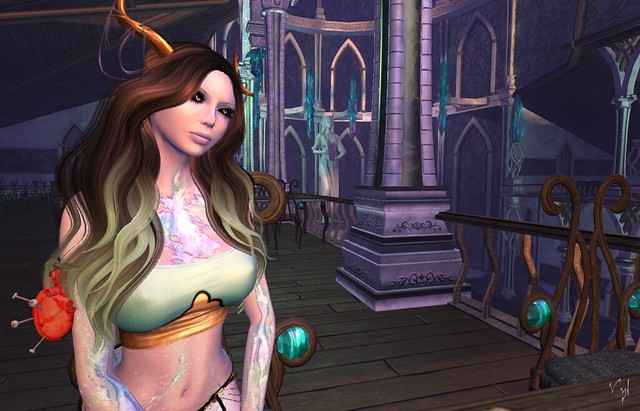 In this incarnation, the world outside was certainly dreamlike, the view from the upper balconies was truly something to behold, out as far as the horizon where the lilac sky kissed the lavender sea. Each year the library which made up the main chamber of the Halls grew bigger, the shelves had more depth to hold the increase in volumes, large and small. Some stories were short, only a page, in crayon or spidery ink, while others ran to folios, their words and illustrations bound in the finest silk. Like all libraries, the serenity of this peaceful refuge belied the world ending battles contained within its pages. 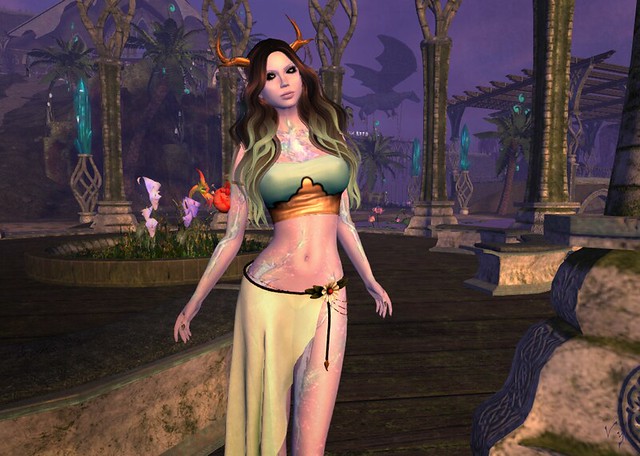 At times, the weight of words was too much. No matter the beauty cocooned within, there were terrors too. When the world leaned in that direction, for a time, so did their tales. This was when she was glad she was the author of her own story, tied to the tales of others no doubt, but master of her fate, captain of her soul. This was when she would leave the words of others behind, to walk in the wonders of the world. Lofty silence but for the low resonance of crystals left far behind her now, strains of music from the distant Fairechilde carried to her. As she walked, she wove the narrative of her own story, fresh pages washed clean by the salt of the sea. 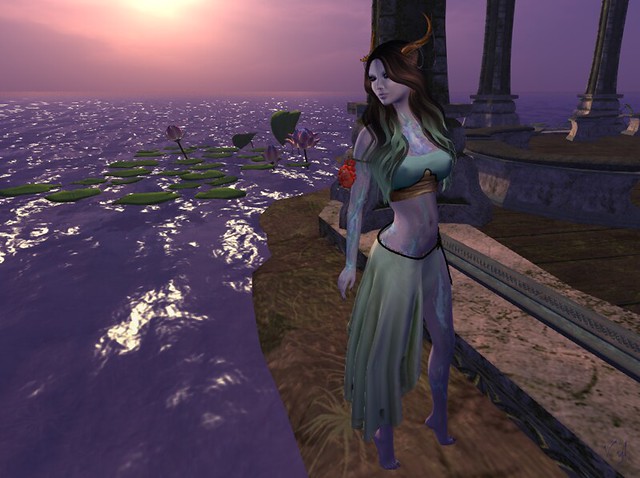