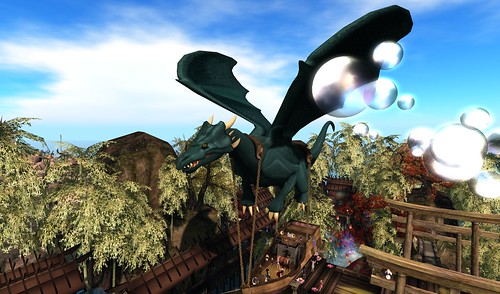 I had arrived at Fantasy Faire in very good spirits and promptly made my way to The FaireChylde to celebrate the opening of the faire. A DJ merrily played some tunes, not good old bawdy tavern tunes, but decent foot tapping tunes.

One of the reasons for going somewhere that played music was because I knew that it would diminish the sound of any bloody awful singing from Elves, there are always Elves, strange ears and a distinct lack of beards I should add. 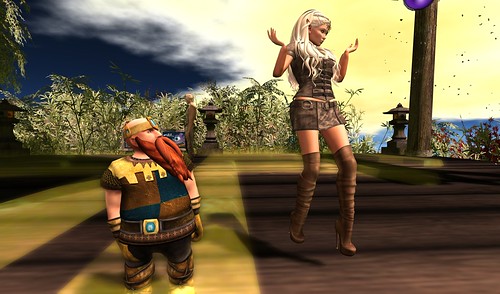 Unsurprisingly Elves appeared aboard The FaireChylde, they even danced rather well, although I kept a beady eye on them in case they tried any of their magical tricks.

I felt secure aboard The FaireChylde, after all there were plenty of humans, wizards and all sorts of wonderful races there, I knew they wouldn’t allow Elves to do me any harm, indeed the Elves even started talking to me, asking me where I was staying for the duration of the faire. I informed them that I had not yet found a suitable tavern and then they told me they knew a great place with plenty of lodging, they pointed me in the direction of a place called San Mora.

I should have known better, but the faire has a way of seducing you and putting you in a happy mood. I followed the advice from The Elves and found myself here : 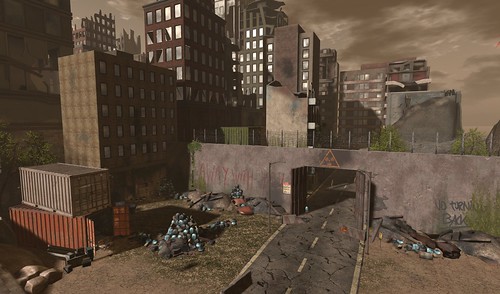 My second reaction was “Bloody Elves!!!!!”

I soon discovered that I was in an area that had been quarantined following a deadly contagion. Strange buildings, strange vehicles and people, I assume humans, wearing strange outfits and masks.

A sign advised me to go to the docks. I haven’t yet found the docks, I’m not even sure how I get out of this place, there’s a distinct lack of mead, taverns, beards, but on the plus side, I haven’t encountered any Elves yet. 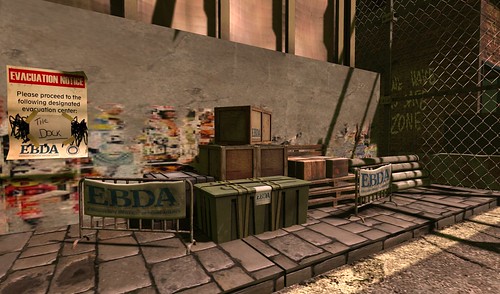 Never trust an Elf. You’ve been warned. Now, where are these docks?

5 thoughts on “Never Trust An Elf”